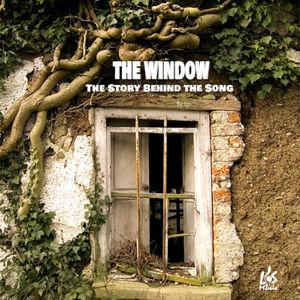 The Window is so much more than just a song as far as I am concerned. I wrote the song way back in 1993, I was battling cancer, I didn't know Jesus and scared out of my wits. I am not battling cancer now and Jesus is in the forefront of my life but in my struggles it all boils down to the question "where am I with God?"

This song is telling of where I was then and, in some areas, am still ... ouch!

I want to give this deep little tune some "serious" attention. If you have already listened to it you'll agree that it has a bit of a haunting feel and the character in the song exudes desperation; but don't all of us, find ourselves in that same place at some time in our lives, more than we would like? And how do we deal when facing gut wrenching challenges?

The woman in this song deals with her fear of intimacy by choosing to isolate and fantasize about having a deep relationship ... with a mere stranger no less. And that is just where I was when I wrote this tune. I was both the stranger and the one peering out the window. Sounds weird, I know, but it was an extremely vulnerable time for me.

At this point in my life, I had not learned a heck of a lot about healthy relationships, had a difficult time "feeling" anything and when diagnosed with a terminal disease I seized up. Shutting down emotionally gave way to loneliness and shame with no room for comfort from those who truly cared. Thank God the Lord gave me the gift of being able to write out my thoughts through songs, because The Window helped me process my feelings even though I was emotionally paralyzed.

It wasn't until years later, and after I gave my life up to Jesus Christ, that He showed me what the song was really about. I thought the theme was just a random thought ... a cool idea, I had no clue it was about me desperately trying to connect with my own emotions. And what do you know, if you listen closely the woman finally catches the glimpse of the stranger in the end of the song even though she was "crouched beneath the sill". God promises that He will heal us.

How about you? Do you relate to this song and to this story? Share your heart ... let's talk about it! L

L, I always had a great admiration for your songs and this one has always been a haunting but beautiful piece to listen to. I’m definitely blessed to have met you and had the opportunity to play bass for you those few years. You are and always will be a true professional artist in my humble opinion. Love ya! (BG)